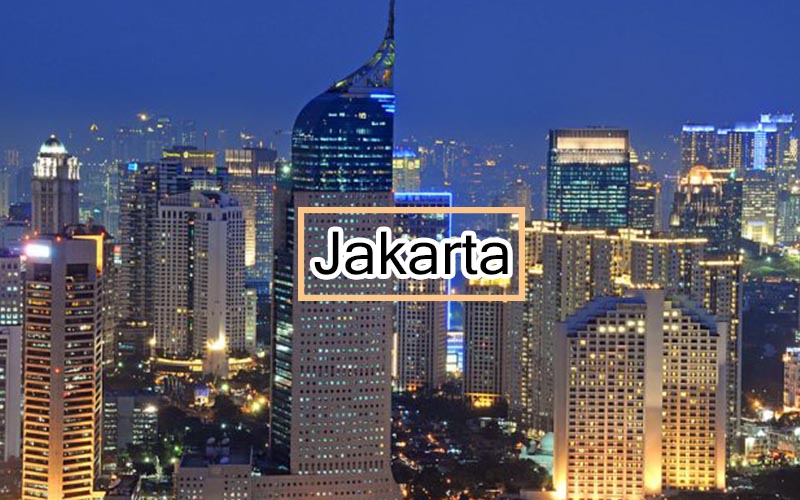 is the metropolitan of Indonesia where occupied more than 9 million people population. It is exhibited incredible a unique diversity of tribes, language, culture and traditions. As the nation capital, Jakarta is truly a “Melting Pot” of representatives from throughout the archipelago.

Jakarta has extraordinarily developed and would be at the tourism forefront in Asia over the next few decades. Amusement park, skyscrapers forest, high fashion shopping center, finest culinary dining, nightlife and entertainment place, luxurious housing, hotels and apartment, research institutions, well education facilities and cultural organizations certainly made Jakarta as the one of the demanding tourism city. The Capital City is the prominent gateway to the rest of Indonesia. From Jakarta, sophisticated land, air and sea transport is available to the rest of the country.

is popularly called as ‘Monas’. It is one of the monuments built during the Sukarno era of fierce nationalism. It stands for the people’s purpose to achieve freedom and the crowning of their efforts in the Proclamation of Independence in August 1945. The base houses a historical museum and a hall for meditations. The monument is open to the public and upon request the lift can carry visitors to the top, which offers a bird’s eye view of the city and the sea.Istiqlal Mosque. It is the largest mosque in Southeast Asia and the second largest in the world. It took 17 years to build this mosque and the glory of its walls and dome can be seen is from quite far away.  Indonesia has some of the most exotic orchid gardens. Several commercial orchid gardens are open to public. Some of the best known of them are located at Slipi and Taman Mini.
Condet is the village in southern Jakarta is a protected area where the old rural life style of Jakarta is preserved. Condet is also famous for its fruit orchards.

If you want to see the whole country in one time, TMII can satisfy your need.  TMII or Taman Mini Indonesia Indah is a Beautiful Indonesia in Miniature, situated just outside of Jakarta. The park has miniatures of all the 27 provinces of the country reproduced in its Central Lake. This is a wonderful place to know about the entire archipelago in just one day. Regular cultural programs and ceremonies are held in the park representing different regions.
Jakarta also has beaches for those who want to hide away from busy city life. Pulau Seribu is a group of islands in the Jakarta Bay. There are golden beaches fringed with coconut palms. The surrounding waters are a paradise for scuba divers. The islands can be reached from Tanjung Priok or Pasar Ikan (Sunda Kelapa) by ferry or by chartered boat.
Explores the attractions of the city, where traditional ideas meet the modern world, a city with thousands of opportunities. Welcome to Jakarta!