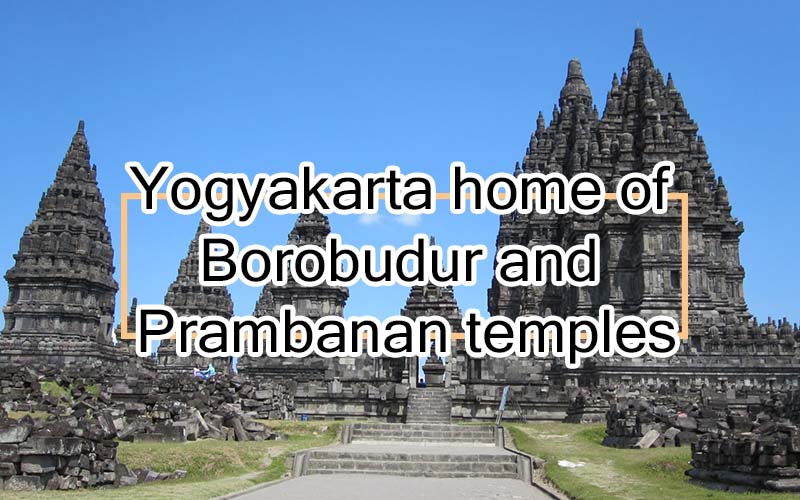 Yogyakarta, shortly called ‘Yogya’ is a bustling town of some 500,000 people and the most popular tourist destination in Indonesia. The town is a center of art and education, offers some good shopping and has a wide range of tourist facilities.

Serving Central Java and a city of heritage, soul and tourism, Yogyakarta holds every good thing about the island and the local. People here actually speak Javanese at its most pure. Yogyakarta has managed to retain many of its local customs and traditions, among the strong modern influences that are coming to creep into this conservative city, and is still actually ruled by an Indonesian sultan.

Yogyakarta has a potential to remains one of Java’s most visited and popular, particularly since it is so close to the famous Borobudur and Prambanan temples. There are lots of hotels and homestays available around the city. Tourists can find Yogyakarta Tourist Information Centre along the street of Jalan Malioboro. Tourism counters are also based at Adisucipto International Airport and at the Tugu train Station. Yogyakarta is popular for walking tours, start at the Tugu train station and lead onto the busy shopping street named the Jalan Malioboro. You can enjoy visit lots of markets all the way long.

is a splendid pleasure park, found on the western side of the kraton and, designed for the use of the sultan and his large family and extensive followers. Better known to tourists as the Water Castle, the Taman Sari is a huge park, comprising a mixture of grand palaces, waterways, large ponds and even some bathing pools. The place was designed and built in the middle of the 18th century, by a Portuguese architect, who it is said was executed by the sultan soon after the park’s completion, so that he could be sure that this elegance attraction could be kept as a secret from an outside world. The complex was damage during Diponegoro’s Java War, and again after a severe earthquake in 1865, now the Taman Sari is a mixture of ruins and restoration projects.

For something a little different to the more obvious attractions, take a wander around the bustling bird market, which is known to the local Indonesians as the ‘Pasar Ngasem’. This colourful and noisy zoo features a mixture of exotic birds, such as budgies, parakeets and song birds, as well as hens, turtledoves and a huge quantity of pigeons. There are also further creatures sold at this unusual market, including reptiles and small cuddly animals. This city nowadays remains Java’s premier tourist town, with countless hotels, restaurants and attractions. It is also an ideal base for exploring nearby attractions, including Indonesia’s most important archaeological sites, Borobudur and Prambanan. Discover where the Javanese language is at its purest, Java’s arts at their brightest and its traditions at their most visible in Yogyakarta.