Angkor Wat Tour – Benefits when book with us

Angkor Wat Travel package is a combination between historical site and cultural activities. Enjoy visit the temple for blessing ceremony and see Seam reap slow by the tuk tuk ride. All of must see place is also in the package such as Angkor Wat, Bayon.

Pick up from the airport and transfer to the hotel check in. The same afternoon, drive to Choueng Kneas village, where you will take the boat to visit the way of life Cambodian poor people along with schools, restaurants, hospitals and much more floating on the great lake of Tonle sap. Early evening, you will be taken by Tuk Tuk, a small open-sided taxi common in Cambodia, to cruise around the suburb of Siem Reap town.

Overnight at hotel in Siem Reap

Breakfast at the hotel – The sightseeing tour of Angkor area we spend a full day exploring the wondrous ancient ruins with the South Gate of Angkor Thom, which is famous for its series of colossal human faces carved in stone, the impressive Bayon Temple, the Royal Enclosure, Phimeanakas, the Elephant Terrace, the Terrace of the Leper King and the largest as well as the most complete temple of Angkor Wat. This architectural masterpiece was constructed in the 12th century and covers an area of about 210 hectares.

We stroll around this massive edifice, seeing the many galleries with Columns, libraries, pavilions, courtyards and ponds full of water reflecting the towering temple and the jungle covered temple of Ta Prohm is an incredible sight. There are enormous fig trees and gigantic creepers which embrace themselves in the stone foundations of the structure giving the impression of man’s creation being reclaimed by the powerful forces of nature.

Transfer to the airport for the flight departure. 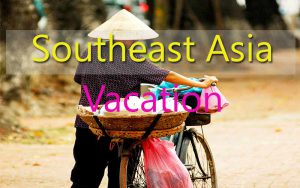