More travelers, will get more discount

James bond island tour is a famous sightseeing for tourist who visit Krabi. This bay consist of Koh Tapu, Khoa PingKan, Koha Maju and monkey cave temple. Phang Nga is well known as James bond island which was once a site for flim The Man with the golden gun in 1974.

James Bond Island Tour – Benefits when book with us 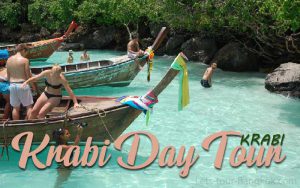